This is the tale of civilization’s final fight for survival against the world itself. Will victory be obtained or is this the moment that society itself will crumble?

The artist for this picture is Julia Uusitalo and you can find them over on Facebook.

I want to give special thanks to the patrons who’ve supported me thus far:

Check back on Friday for more news, with another short to follow on Monday! As always if you want to read the latest story, support me on Patreon for just a dollar

Far to the north, nature made its final stand. There, fields of grass encircled massive trees that stretched high and burrowed roots deep into the crust of the land. Mountains towered into the bright sky with pointed peaks. Rivers flowed down from the mountains to create great lakes that nurtured the forest with crystal clear water. On the opposite side of the mountains, not a single drop of water fell, instead there was a vast desert. This place was the Forest of the Ancients, a forest that many did not believe existed.

For centuries, humanity flourished upon the planet at nature’s expense. It was in humanity’s desperate hour, when resources threatened to dry up forever, that they sought the ancient forest. Thousands of travelers ventured into the desert. Hundreds climbed the mountains. Dozens entered the forest. Even fewer attempted the return trip. Only one succeeded. She watched it all with great dismay.

The discovery sparked humanity into action. The last of the fuel was fed into machines to bring them back to life. Food stores were gathered along with tools and weapons. Entire towns and cities emptied as everyone set out for a chance at survival. Those who stayed behind were left with nothing, destined to die in loneliness. She saw the preparations made in the distance and began to fear what was to come.

The humans met the desert with great eagerness; their machines drove through without pause. As days went by, machines were abandoned due to sand clogging the gears and fuel running low. Humans fell to the wayside from the heat, buried and lost to the flowing sands. The great puffs of smoke and sand of the great migration rose high up. She paced, wondering what could be done, fear creeped at her heart.

Upon reaching the mountains, the humans set forth on a great dig to create a path through the massive rock walls. The work was hard, and each day was met with little progress. The humans persevered out of desperation and greed, as Fall was fast approaching and shortly after that would be the freezing cold of Winter.

She rallied the forest and its animals with great calls of urgency. They came to her, but only a few understood her. Centuries of humanity had polluted the very air and sucked the magic away, leaving the land weak and tamable. She looked about with great sadness and frustration, realizing why all her sisters had fallen with each forest across the world. She was helpless without the help of the land.

High up on the tallest mountain, she watched with quivering eyes at the humans burrowing deeper into the rock. The humans broke through to the other side and began a mad dash, leaving behind fallen family and friends who died on the mountain slopes from starvation and disease. The sight of those dead gave her an idea. She nodded in understanding and quickly made her way back to the comfort of the trees.

She fluttered past the gathering humans, calling for animals to scurry away from the edges of the forest. The smoke of gunfire bellowed out across the outskirts, and humans eager for fresh meat gave chase. She looked back, sad to see many forest creatures fall to the iron balls.

The cutting of wood echoed far, causing an ache in her heart. She wanted to go back, but she knew it would do nothing. Instead, she focused everything on reaching the center. Animals called out to her as she rushed by; many looked on with confusion and fear.

There at the center, she gave a forced smile to the massive tree waiting. Its trunk went high and branches wide, threatening to even dwarf the mountains themselves. Touching it with her smooth hands, she felt the flow of waning magic within and called for more. With the link made, she began a dance that she hoped would not be her last.

The long trail of her wispy white dress stretched across the forest, calling every able-bodied animal to come. The animals’ ears shook away the echo of the human’s logging, listened to her whisper, and flocked to it. They came in great droves to dance with her and howled with hope.

She told them the plan and worked to gather every ounce of strength the forest could give her. The edges of the forest began to dwindle and fall apart at a slow but steady pace. The humans sent search parties out for food and came back with little. They became confused and worried at this abnormal decay of the forest.

The humans sent search parties deeper and were met with dangerous predators. The fight was fierce and swift. Claws dug through leather and cloth. Bullets pierced fur and muscle. Many more fights broke out, and the humans threatened to reach the inner sanctum of the forest. It was only the middle of Fall, and she feared the winter would not come soon enough.

It was late one evening that she knelt close to the creatures of the forest and asked for their forgiveness. They asked why, tilting heads and ears with keen interest. She suggested her newest plan and saw the animals nod in agreement, but sadness showed in all their eyes. With no choice beside destruction, she set forth on what she knew would now truly be the final dance.

The ancient forest had dwindled to only a fraction of its once glorious size. The magic gathered from the sacrifice of much of the forest now fueled her finale.

The humans looked on from their makeshift homes with smiles and happiness. Their settlement should be finished before the first snowfall. They had many weeks left before Winter, and already their stores of food would soon be replenished. Kids played as parents looked on, their hard work soon over as they could relax with the coming holidays. That’s when the first snowflake fluttered down.

The snow only lasted a day but in its wake, was enough white to drown the entire valley nearly to the mountain peaks. The forest spirit made her stand and decided to bury the land rather than let humans poison the final bastion of nature. 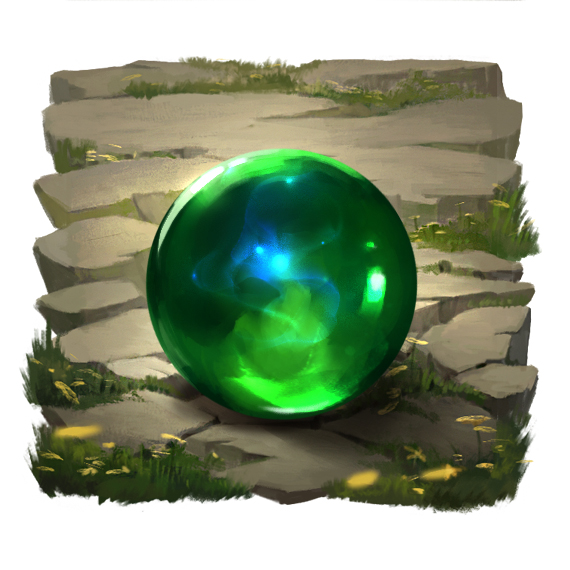